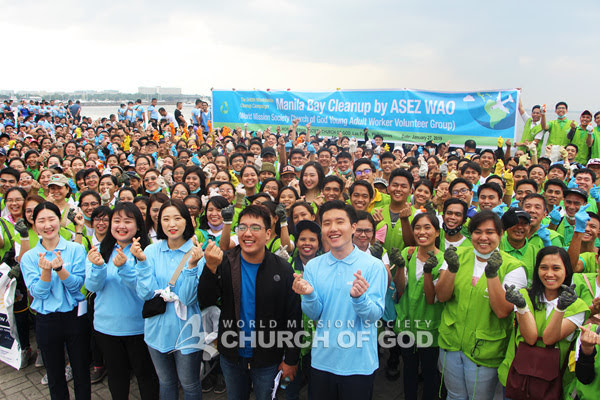 ASEZ WAO’s heartfelt cheer took place during the keynote speech of Roy Cimatu, secretary of the Department of Environment and Natural Resources. When Sec. Cimatu paused at a key point in his speech, ASEZ WAO volunteers echoed the goal of “Battle for Manila Bay” with a loud chant. “Save Manila Bay! We love you! (3x)”

Sec. Cimatu looked at the volunteers, stunned but touched. “Thank you,” he said. “That was unscripted!” he commented in Filipino as he turned back to the audience.

Caught off-guard by ASEZ WAO’s sudden cheer, some cameramen asked the volunteers in bright green vests to repeat the chant. The ASEZ WAO members even approached the stage later in the program. 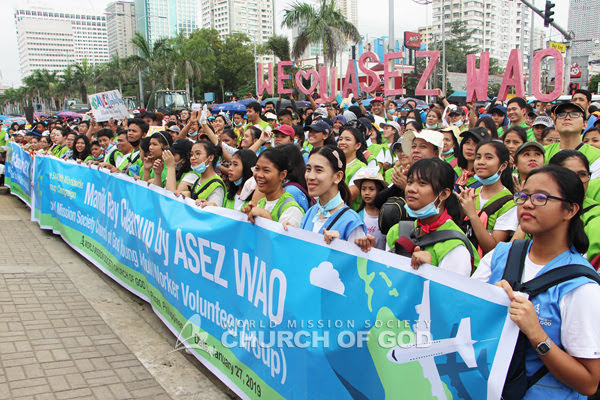 Later, all participating groups picked trash from the shoreline during the “Battle for Manila Bay” clean-up drive. ASEZ WAO volunteers picked up literally any garbage they saw, reaching between large rocks and into canals. Some volunteers even retrieved a wallet that had fallen into a canal and turned it over to the police.

Fellow participants and even the hosts of the “Battle for Manila Bay” opening program noticed the passionate volunteers. “I was so emotional, actually. It was so amazing to see a lot of our guests from ASEZ WAO,” said host Antoinette Taus. She was surprised and moved to hear that ASEZ WAO has long been spearheading environmental initiatives. 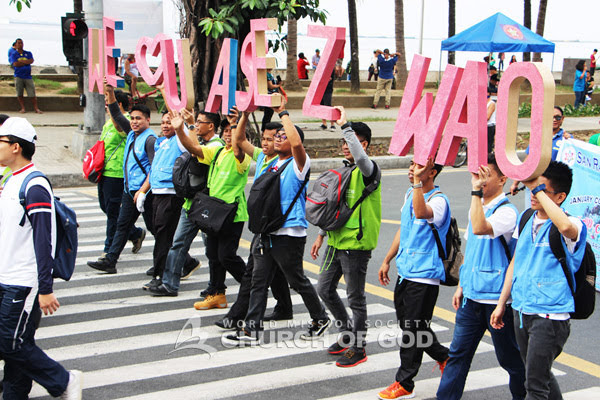 “It’s a very overwhelming deed, in fact, that you guys are doing this… out of your compassion to help,” said another host. He was later shown around the ASEZ WAO panel exhibit along the baywalk.

ASEZ WAO’s participation in the “Battle for Manila Bay” wasn’t their only volunteer activity that day. 150 university student volunteers of ASEZ led a “Mother’s Street” cleanup drive in Caloocan City that same morning.

ASEZ WAO stands for “Save the Earth from A to Z – We Are One.” It comprises young adult volunteers from the multi-awarded World Mission Society Church of God (WMSCOG). This organization aims to awaken young adults’ passion and embrace the world with Mother’s love, from the beginning to the end.

Liked this article? Check out other volunteer activities by ASEZ WAO and WMSCOG!