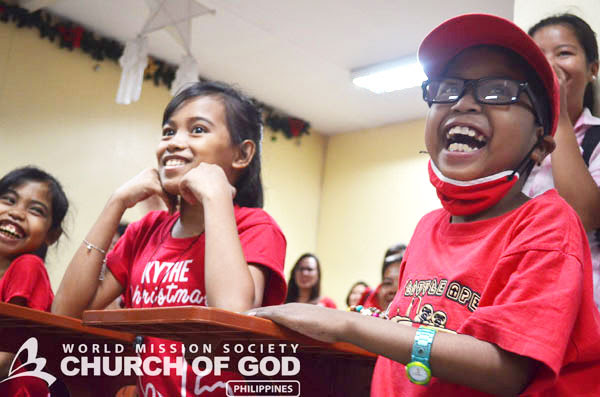 Elohists from different parts of Metro Manila joined hands as they shared the love of God the Mother to patients suffering from thalassemia through a consolatory party at the Lung Center of the Philippines on November 23, 2015.
Spearheaded by UP, Elohists from PUP, UCC, and NU prepared a series of events for Thalassemia patients, entitled Lukso ng Puso, Lukso ng Dugo For Thalassemia. The Elohists dedicated the whole month of November to conducting awareness campaigns. They set up booths in universities and held a blood donation drive for the patients. They also hosted a consolatory party for the patients and their families.

Thalassemia Major, the most severe form of anemia, requires blood transfusions every two to four weeks.
Basically that’s a blood transfusion once or twice a month. Because of that, Thalassemic patients may get an overload of iron in their bodies from frequent blood transfusions. To remove the excess iron from their bodies, the patients need to undergo a therapy called Iron Chelation. This therapy costs around eight hundred pesos a day. 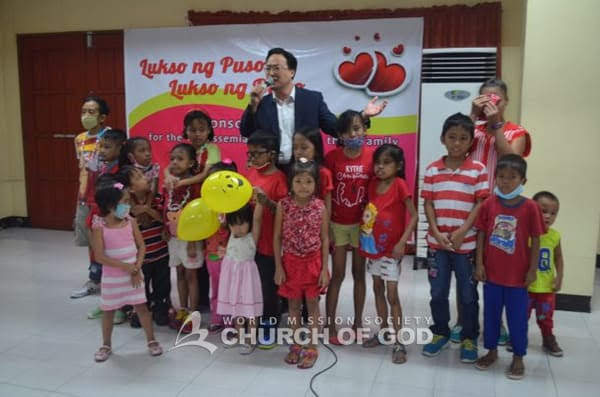 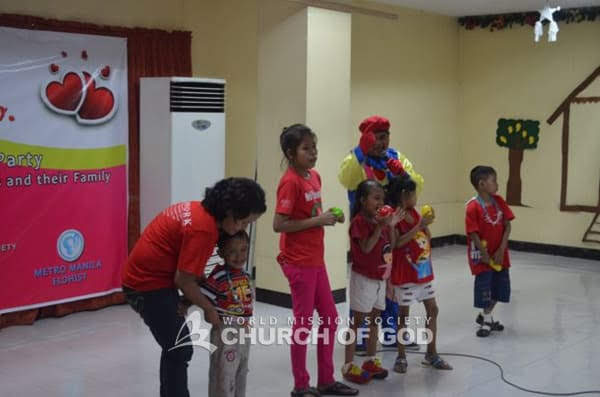 Consolatory Party at the Lung Center

Every month, the parents of the patients with thalassemia fear for the life of their children. Worried about where and how to get blood and chelation treatments to prolong the life of their beloved.
The organization understands the emotional stress and strain that this disease inflicts upon the patients and their families. So they prepared a consolatory party with special performances, games and gifts for 25 families. In coordination with the Lung Center of the Philippines and the Balikatang Thalassemia. Balikatang Thalassemia is a group of families fighting against Thalassemia. It was also during this party that the donors met their beneficiaries.
The program for the consolatory party surprised its audiences. It commenced with a special song-and-dance number from the emcees of the program themselves. To continue the fun ambiance, a few members danced to the tune of the Coconut Dance. Afterwards, they encouraged and guided the parents of the kids with thalassemia to dance with them.
A hired clown also brought laughter and smile to the children.
After much joy, the program proceeded to giving comfort to the children and their families. A Korean member offered a heartfelt performance of “Unchained Melody” and “You Raise Me Up”. The performance was met with an encore from both the volunteers and the families of patients alike. The Sextet singers from the Elohists also presented a beautiful song entitled “Right Now, Right Here”. Their song encouraged the children with thalassemia and their families to take refuge in Heavenly Mother’s arms.
Finally, with their hearts overflowing with joy, the children filled one section on the wall up with all the wishes that they’d been keeping in their hearts. As they found solace with the Elohists, they were able to at last find a release.

Despite the hard times that people go through in this world, there is a place where there are no tears or pain. That is the Kingdom of Heaven which is awaiting us. Even more so, Heavenly Mother resides with us on this earth.
And She makes this world a little like heaven, filled with delight and love. Engraving these in their hearts and mind, Elohists hope to turn this cold and gloomy world into one filled with love and joy stemming from Heavenly Mother.
On November 24, the day after the consolatory party, the Lung Center of the Philippines invited the organization of Elohists back.
They presented them with awards and to show their appreciation and thanks.
“I thought it will be a simple party. But the volunteers from Elohist made a very overwhelming program that inspires, encourages, and gives hope to everyone,” – comments Dr. Liza Naranjo, a pediatrician and hematologist at Lung Center.