Pagadian Fire Victims Given Hope for a New Life Thousands of homes were afflicted after intense fire in the community of San Pedro in Pagadian, Mindanao. In view of that, the World Mission Society Church of God sought to build Pagadian fire victims up to have hope for a new life. With Mother’s love, the Pagadian branch of the Church delivered many relief goods to the fire victims on July 1. 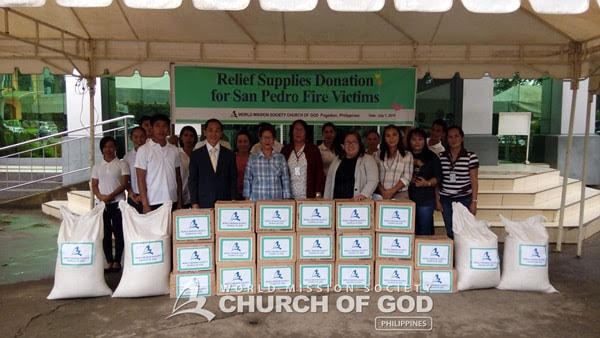 Warm hands of the good samaritan

WMSCOG Pagadian branch pledged to gather relief goods for the victims. In accordance with these, the church gathered 300 kilograms of rice, 700 packs of instant noodles and 130 pieces of canned goods. The collected supplies were then delivered to the families affected by the fire.

This relief operation brings hope to the hopeless and strength to the weary victims of the fire. Furthermore, the efforts of the Church of God are rooted in the mindset of Heavenly Mother. Heavenly Mother wishes to cushion Her children from the pains of a turbulent and unpredictable world. The church shall continue to help heal the wounds and scars of their neighbors by lending a helping hand and sharing Mother’s love.

The intense fire took out three barangays and reduced to ashes thousands of houses in the city of Pagadian, Zamboanga del Sur. National Disaster Risk Reduction and Management Council (NSRRMC) reports 2 deaths, 8 casualties and around 4,000 families were rendered homeless over the fire. These displaced families ended up taking refuge in the parking lot of Gaisano, Pagadian. After the incident, the government declared a state of calamity in the city.

The branch of the Church of God in Pagadian City sought to relieve the grief of their neighbors. For that reason, they led volunteer relief efforts for the fire victims in Barangay San Pedro, which had been declared in a state of calamity by the city government after the fire.

These incidents in particular fueled the WMSCOG to initiate volunteer relief efforts for the fire victims in Barangay San Pedro. 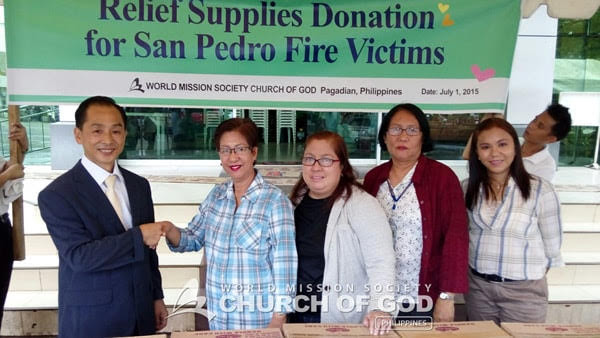