Typhoon Pablo victims received donations from the Davao branch of the World Mission Society Church of God on December 24, in commemoration of the New Jerusalem Day 2012. Relief goods wholeheartedly-given were delivered to the New Bataan Compostela Valley. 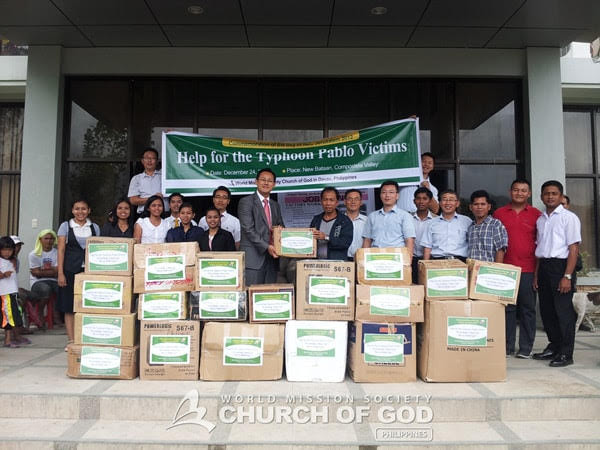 Help for the Typhoon Pablo Victims

Typhoon Pablo and a volunteer response

New Bataan had become a scene of devastation by the time Typhoon Pablo left. Roofs were scattered and what used to be walls littered the halls of badly damaged houses. In fact, some of the houses could not be called houses and some did not even exist anymore.

To provide relief and a helping hand to those in grief, the members of the Church of God came. They brought with them the gifts of prayer, love, and spiritual healing. The effects of Typhoon Pablo had left stark sadness in New Bataan. Many had lost not just their properties but also their families. The members of the Church of God did their best to comfort and sympathize with those with losses. Remembering the sacrifice of God, it was not impossible to imagine their pain.

The donations that were given to Typhoon Pablo victims totaled 10 kilograms of rice, 25 boxes of instant noodles, 8,000 pieces of clothes, 2 boxes of blankets, and 50 pairs of shoes.

Selflessness as demonstrated by God

The members of the Church of God perform such volunteer services as they keep in step with the example of God the Father and God the Mother, who came in the flesh to serve Their own children. Elohim Gods did not spare anything, even giving Their own flesh and blood to heal the souls of mankind. The Church of God purely wishes to share this joy and relief with Typhoon Pablo victims and with the rest of the world–joy and relief they have experienced through the immeasurable grace of God Elohim. 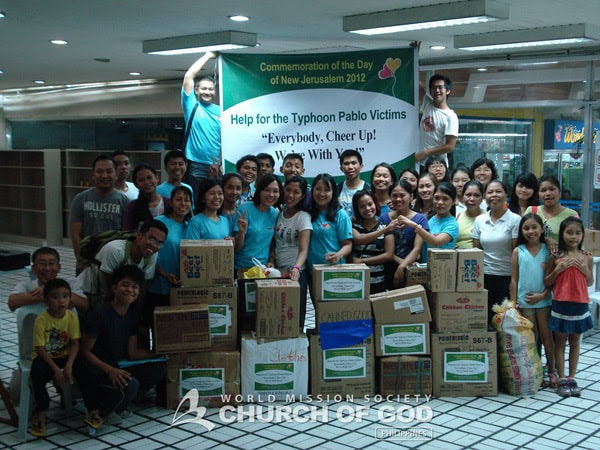 Help for the Typhoon Pablo Victims

Pagadian Fire Victims Given Hope for a New Life »