WMSCOG Consoles Senior Citizens With the Love of Heavenly Mother 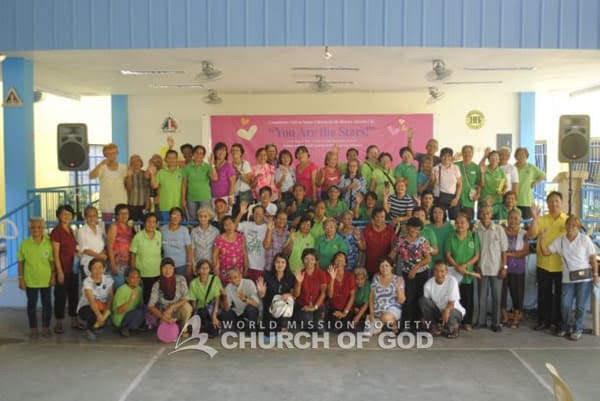 Members of the World Mission Society Church of God Quezon City (WMSCOG-QC) and University of the Philippines (UP) Elohist brought smile through a consolatory party for the senior citizens to share the selfless and unfailing love of Heavenly Mother at the covered court of the Doña Josefa JARA Martinez High School at Victory St., Brgy. Tatalon, Quezon City from 11am to 4pm last August 31, 2014.

Senior Citizens :You are the Stars

Sharing the love of Heavenly Mother with the theme “You are the Stars!”, WMSCOG-QC and UP Elohists treated about 150 senior citizens around the barangay of Tatalon Quezon City as if they are kings and queens, in order to send them hope and give them comfort, in this world where individualism grows more and more rampant. 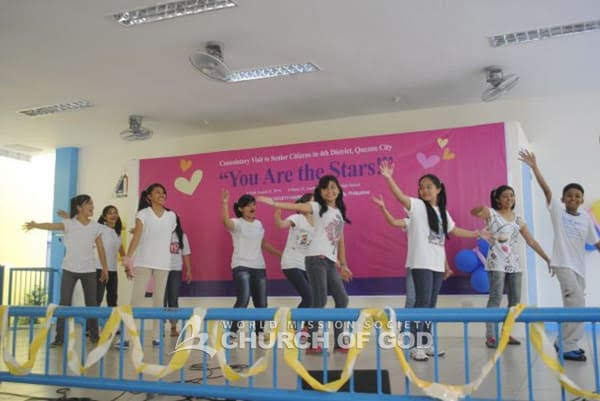 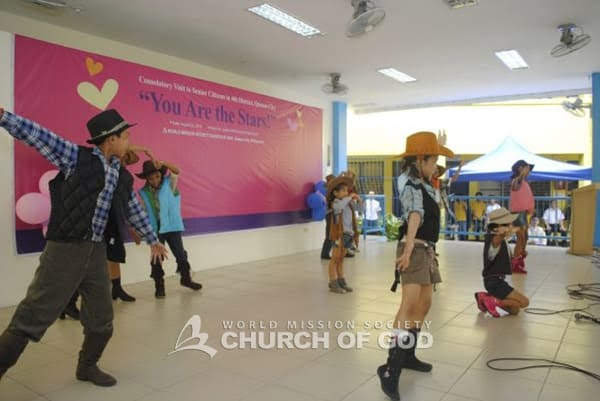 The covered court became reminiscent of the past as it was filled with the medleys of the oldies. The senior citizens were brought back to their time during the 60s, 70s and early 80s. Some who got so excited also sang and danced with the members. Through various activities and performances as well, the whole court resounded with booming fun and laughter. Furthermore, the party also catered a lunch for the elders. On top of that, senior citizens received a free treatment of Electrocardiogram (ECG) check-up and supplements through the courtesy of Bell-Kenz Pharma and Macropharma.

The consolatory party for the senior citizens was bolstered upon the arrival of Councilor Bayani Hipol and Councilor Edwin Abaño, who gave a message for the participants and volunteers.

“I am so thankful that the Church of God visits us again, and this time not to conduct a cleanup campaign, but to share the love of God with everybody.” Coun. Abaño told.

One senior citizen remarked, “I will never forget this day for as long as I live. Thank you very much. You made us very happy.”

All efforts in preparing this consolatory party is to share the love of heavenly family made complete by Heavenly Mother. Pastor Choi Jeongmaan, Head Pastor of the WMSCOG in the Philippines, said.

“All we want is to share the love of Heavenly Mother to all the senior citizens. Most people only know God the Father, but there is also a female image of God, our God the Mother. As the love of the earthly family is made complete by both father and mother, so is the heavenly family.”3 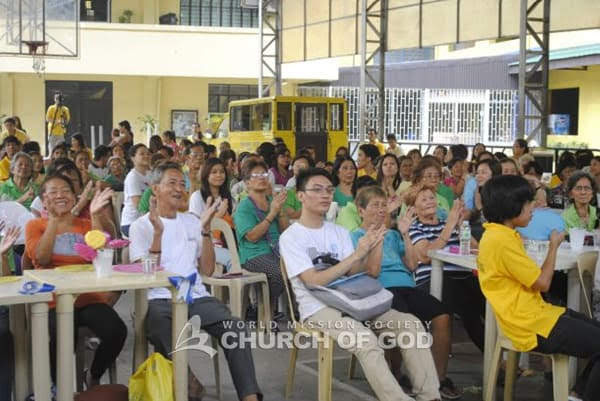 « Mayor of the City of Quezon City – Certificate of Recognition