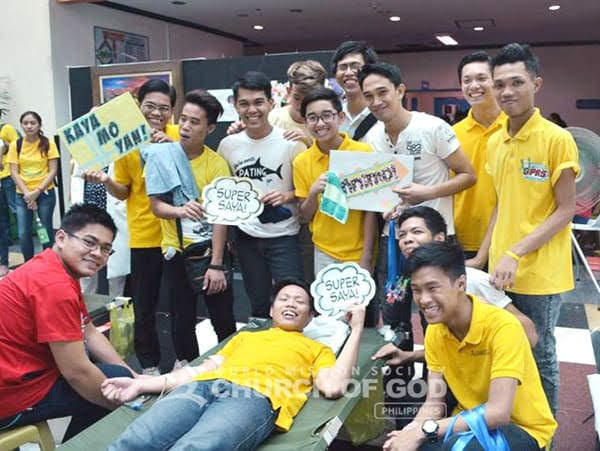 Proclaiming the Passover of the New Covenant and the love of God embedded in the Biblical feast, the Manila, Mandaluyong, Las Piñas, and Parañaque branches of the World Mission Society Church of God organized a blood drive in the Philippine Red Cross Blood Center. The drive, titled “The 604th Worldwide Blood Drive to Give Life Through the Love of the Passover,” took place on April 11, 2016. It drew 350 participants, 153 of whom passed pre-donation screening and successfully donated their blood.

The church’s efforts did not go unnoticed. At the April 11 event at the Philippine Red Cross Blood Center, PRC secretary-general Gwendolyn Pang delivered her message of thanks, saying, “[To] the Heavenly Mother … of the World Mission Society Church of God, thank you very much for helping us save more lives.”
The Passover itself was established according to God the Father and God the Mother’s wish to grant eternal life to Their children, allowing them to eat even Their flesh and blood (Jn 6:53-54) out of sheer love. With the heart of Heavenly Mother who wishes the best of health and strength to Her children, the Church of God will continue to proclaim the life-giving Passover of the New Covenant through blood drives and an assortment of other activities aimed at sharing love throughout nations and with the rest of the world. 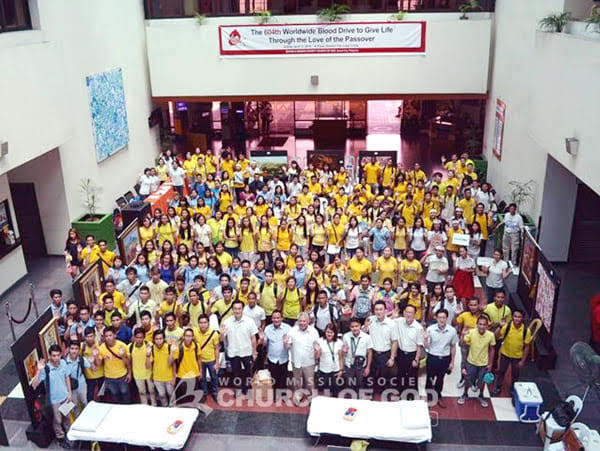 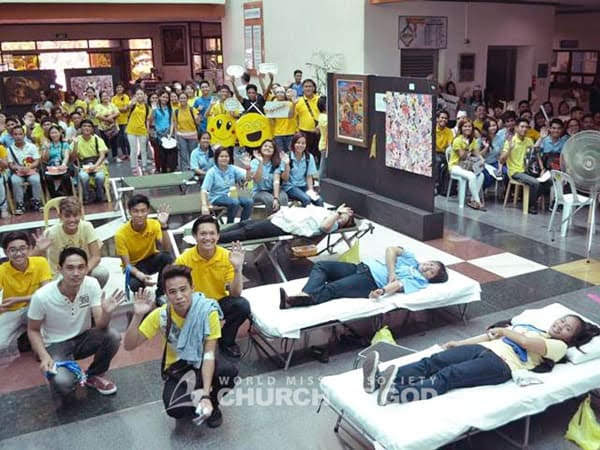 Across islands and nations

The Passover of the New Covenant is the Biblical name for the famous Last Supper scene. Christ Jesus breaks bread and pours wine for the twelve disciples, calling the bread and wine His flesh and blood (Mt 26:26-28) in a ceremony which He Himself refers to as the Passover (Mt 26:17-19; Lk 22:15). Even after Jesus’ ascension, the disciples still keep the Passover (1 Co 11:23-26).
The feast is meant to be a lasting ordinance (Ex 12:14). However, not many people nowadays know about the Passover, even if Jesus—God Himself in the flesh—directed its celebration during the Apostolic Age.
The Church of God keeps the Passover on the fourteenth day of the first month of the sacred calendar (falling on March or April of the Gregorian calendar) every year, adhering to God’s word. Wishing for more people to know and keep God’s true commands, the church also holds annual blood drives around the time of the feast, proclaiming the Passover through such good deeds.